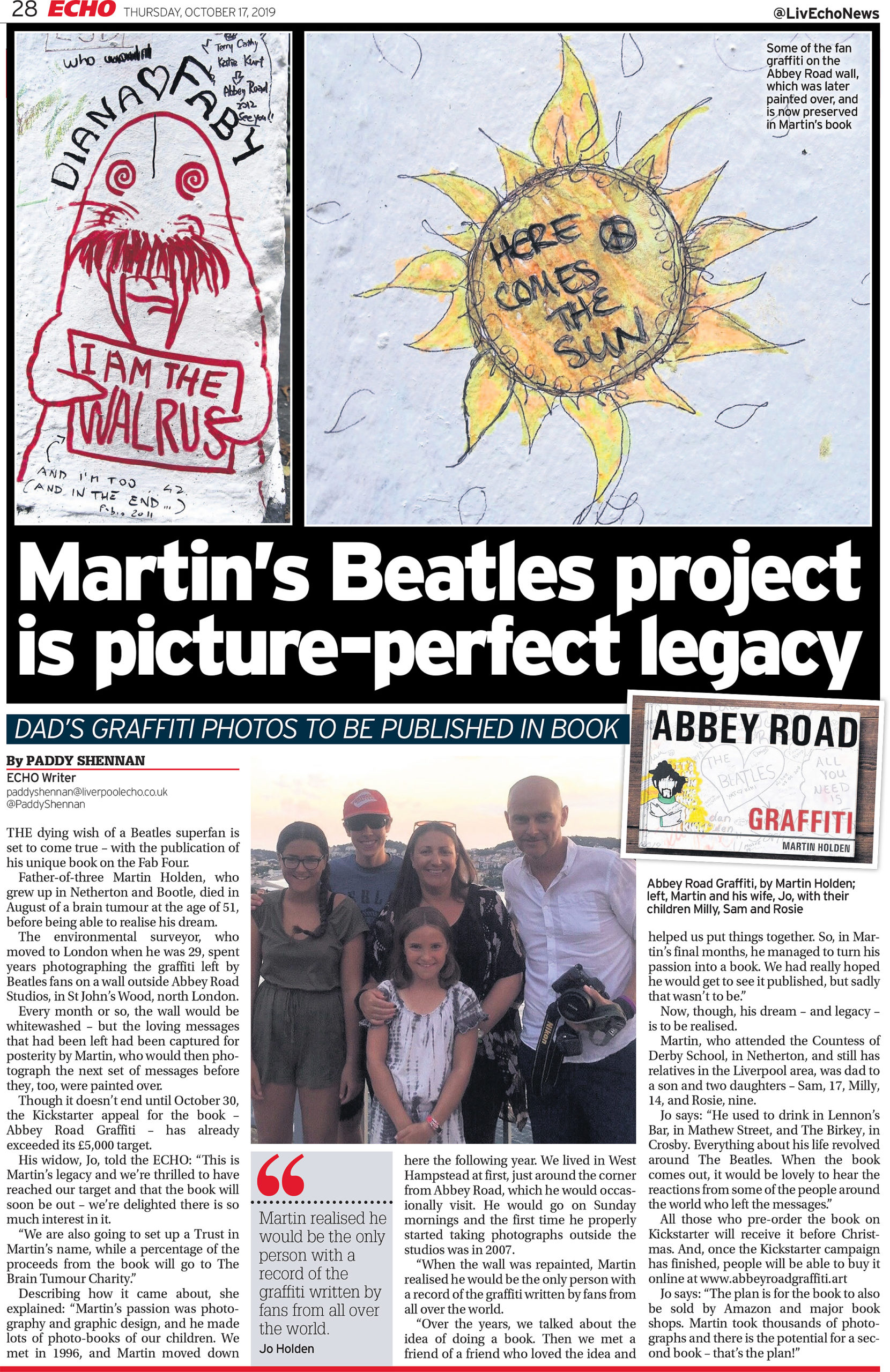 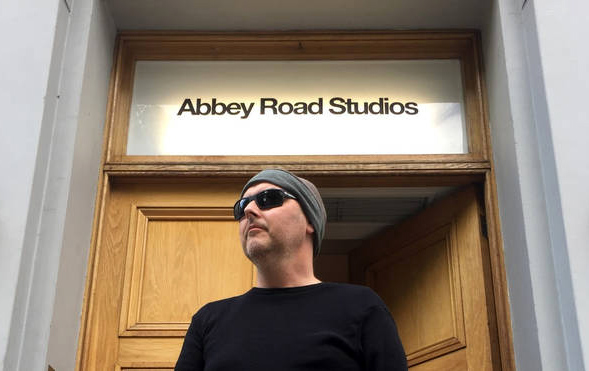 The late Martin Holden moved to London from Liverpool in the late 90’s – Already a huge Beatles fan, He became fascinated by fans flocking to Abbey Road to leave their personal messages on the walls outside Abbey Road Studios. He had been documenting the wall photographically for years – The wall is repainted every month for the next set of messages to be written by people from around the world. Images and tributes that would have been lost forever once the paint rollers come out.

In October 2018, Martin was diagnosed with Stage 4 brain cancer. Despite this prognosis, he continued to visit the studios and remained determined to keep the project going. Martin lost his battle in August 2019, and his widow Jo is committed to finishing his work, both as a tribute to him and as closure to the long personal journey they took together.

Highlighting the longevity and importance of The Beatles, Martin and Jo’s book is a wonderful historical document created by, and for, Beatles fans from around the world.

This website uses cookies to improve your experience while you navigate through the website. Out of these cookies, the cookies that are categorized as necessary are stored on your browser as they are essential for the working of basic functionalities of the website. We also use third-party cookies that help us analyze and understand how you use this website. These cookies will be stored in your browser only with your consent. You also have the option to opt-out of these cookies. But opting out of some of these cookies may have an effect on your browsing experience.
Necessary Always Enabled
Necessary cookies are absolutely essential for the website to function properly. This category only includes cookies that ensures basic functionalities and security features of the website. These cookies do not store any personal information.
Non-necessary
Any cookies that may not be particularly necessary for the website to function and is used specifically to collect user personal data via analytics, ads, other embedded contents are termed as non-necessary cookies. It is mandatory to procure user consent prior to running these cookies on your website.
SAVE & ACCEPT
Go to Top